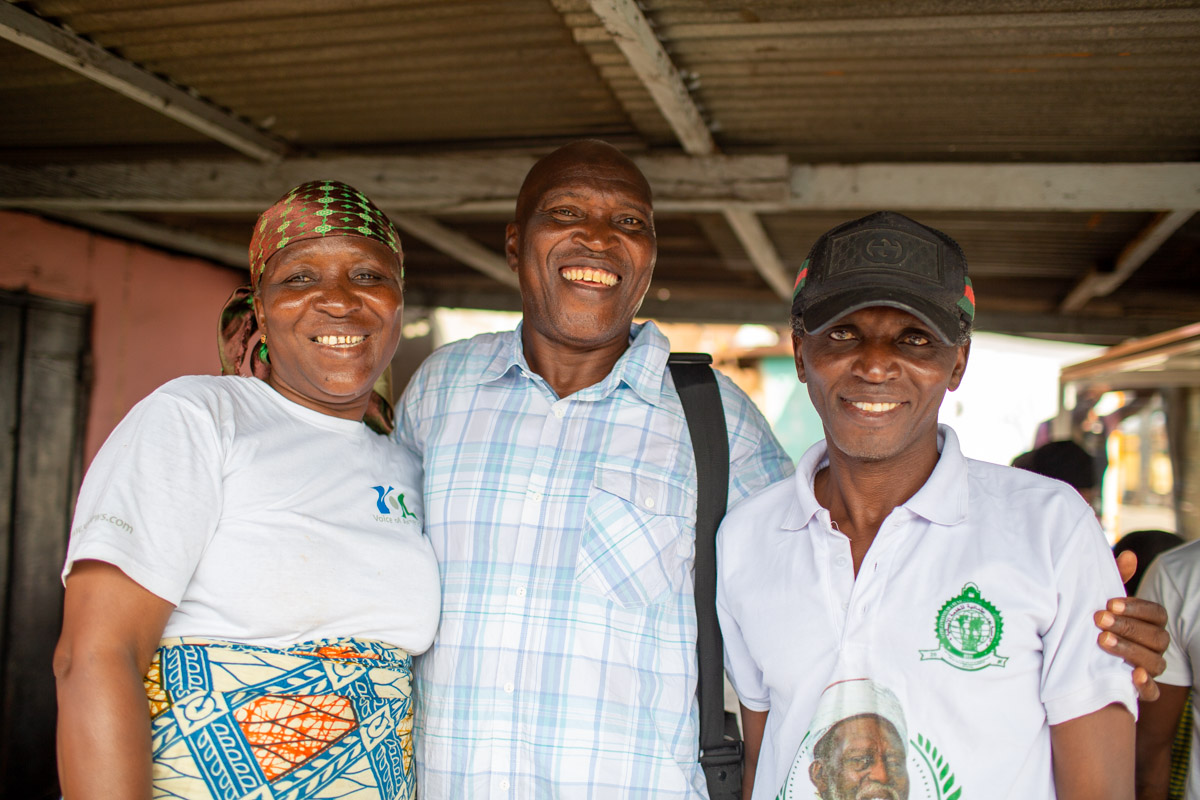 My first few weeks in Ghana

When I first got on a plane going to Accra, I obviously only had a vague idea what things would be like in the south of Ghana. However, what I was well aware of, was that a lot of things would be very different from what I was used to. This turned out to be true in many ways. To begin with, I entered Frankfurt Airport at a temperature below zero outside and while it was snowing and left the airport in Accra a good half day later in the evening at 30ºC. The  people I met were treating me in a very unusually open and friendly way.

I live in Tuba, which is rather rural, but still cannot be compared to any German village I know: goats, sheep, chicken as well as cats and dogs roam freely on the sandy ground and seem to feed on whatever they can find.

A wide range of crops are grown in a small space and - from a German point of view - there are a huge number of children and teenagers in the area.

As I grew up in a city, before coming here, I was slightly worried about living in a rural area. For that reason, I very much enjoy that there is always a lot going on and to some extent you do not have the feeling of being in the countryside at all. So far, I have never felt bored. What certainly helps, is being close to the capital and having access to the public transport network, which in my opinion is surprisingly good. Fridays are particularly busy days as it is a predominantly muslim area, where people go to the mosque on Friday.

Well, this is a pretty good summary of the impressions I was able to get from Tuba during the first month of being there. All in all, everything is going very well, which also shows in the way I feel at present. I am really happy and enjoy having been given the opportunity to be here. I am grateful for every experience I make and hope that it will stay that way.

A smile makes all the difference

Getting to know a different culture is part of volunteering abroad. However, at the same time you also get to know your own culture a lot better, as you have the chance to look at it from outside with a certain distance. I found it very remarkable, that in comparison with most of the Ghanaian people I have met here so far, many people in Germany pass their days without smiling or having any particularly positive attitude.

This seems slightly paradoxical to me, as in Germany we enjoy a much higher standard of living, and also as some Ghanaians on the other hand hope to fulfil their potential in Europe. While there are some problems here, people sing, dance and laugh together a lot, which is something I really enjoy very much. I hope that I will be able to take this skill of seeing things positively and appreciating my own situation more with me to Germany, and that I will not lose it again too quickly once there. Smiling is not just lovely for yourself but also for the people around you.

The Ghanaian school system is modelled after the British one, and thus the school year is divided in three periods, so called “terms”. Each period is a good three months and concludes with an exam in each of the subjects, which tests the course content of the previous term. After the term, the children have a term break and on the last day before their break they will get their reports. This day is called “our day”, and it does not only take place at school but also in kindergarten, i.e. in the creche where I work.

On 11 April, I experienced “our day” for the first time and it was a surprise in many ways. As a volunteer in the creche I was told that I should dress slightly smarter. But I was very surprised when I saw how the children arrived at school. Nearly all of the girls, none of whom was older than six, turned up in long dresses; some of them wore makeup or jewelry, and some even high heels.

But the boys too wore really beautiful and mostly Ghanaian clothes. No matter whether smart or in their everyday clothes, there was one thing which all the children had in common: each of them arrived with a smile and all of them were very excited. There were special drinks, sweets and small toys, such as balloons, for sale and the children were danced with and played with all day. Lunch too was particularly delicious and each child got an ice cream. Only at the end, the school reports were handed out and the children carried them home unopened.

Personally, I find it very nice to spend the last day at school like this. You could see clearly, how the children enjoyed the day, and I must have heard the sentence “Today is our day,” at least a hundred times from the little ones.