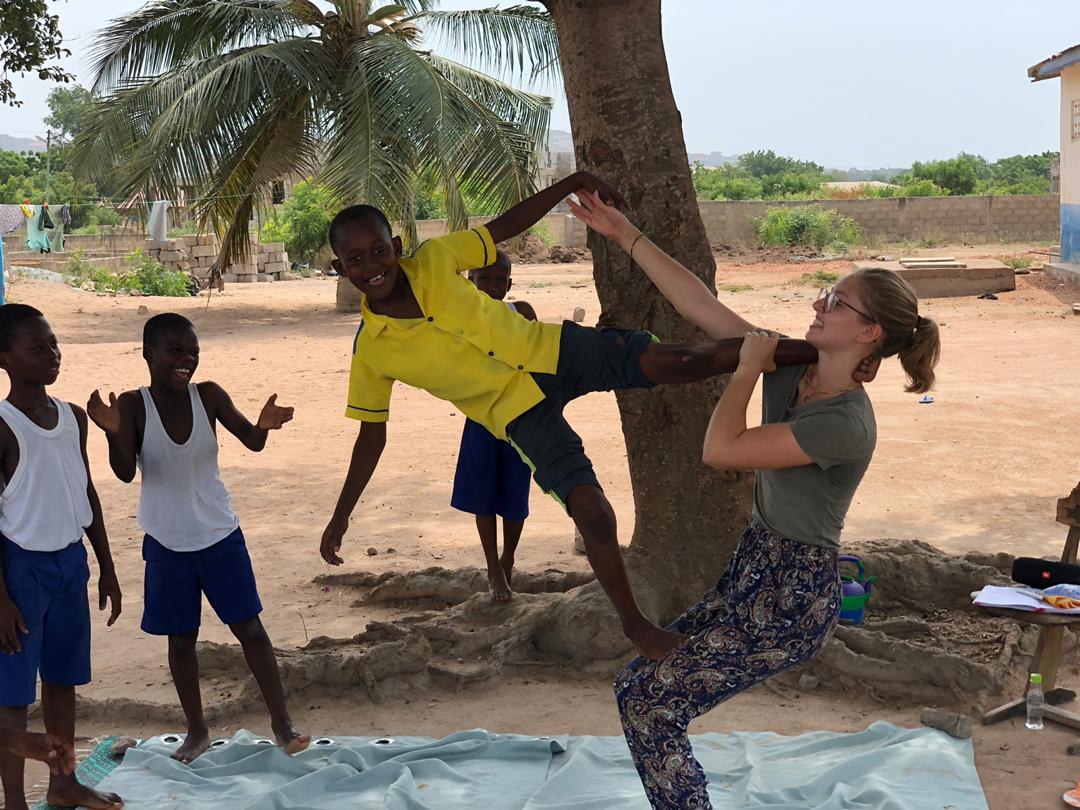 Covid-19 has changed everything

Covid-19 has not only turned the world upside-down, but has also a severe impact on our work. Instead of 12 months, we had to call back our weltwärts volunteers after only 6 months.

Instead of 8 volunteers, only 1 will be going to Ghana this year, provided a departure will be allowed at all. Until then Felix, our only remaining volunteer, will be working with us here in Germany. He has started raising funds, looking for new sponsors and applying for funds from official programs for our Aminu Initiative.

Covid-19 has changed everything. At the moment we are hoping that at least the volunteer team 2021 will be able to do their volunteer service in Ghana without any disturbances.

If you are interest in daily pictures and short stories about our work, we are happy to invite you to follow us on instagram:

Today Veronika, one of our weltwärts volunteers is reporting about the sudden return to Germany, what she learnt during her service and how she felt lonely and lost back home.

From September 2019, I started my year-long volunteer service in Ghana, Africa. At that point in time, nobody would have expected that it would only last for six months. However, neither my fellow volunteers and I nor the organisation which sent us could change the fact that within three days we had to leave Ghana and the children who were on our projects and who had grown on us. As you would expect, the reason for this was COVID-19, which since the middle of March also started to spread in Ghana.

The news was a real shock, which caused a sudden sadness, to me. I had really settled into a wonderful second home, had met incredibly cheerful and welcoming people and above all, I had learned a lot.

In comparison to my time at school, I had really got to know myself within these few months and had understood what matters to me in my future life. Attributes which I copied from some Ghanaians are being calm, unflappable and spontaneous.

I have to add though, that only once I was back in Germany I realised that I had taken these characteristics with me. As I had not decided from one day to the next that I would acquire any particular character traits. No, it happened rather subconsciously, as the people whom I met in Ghana showed me all these things through their example.

By adapting, I eventually found it easier to do things: washing clothes by hand, cooking with fire in the open air, understanding the children not only linguistically but also emotionally and above all appreciating a culture which I had not known before.

Cooking with fire in the open air

Acrobatic activities at the One Love Children’s Home

One event in particular stayed in my mind which showed me that I preferred the Ghanaian way of thinking and acting to the German one. I remember the situation when I proposed my project idea of a children’s circus to the head of school. He was enthusiastic and we discussed a bit how to put it into practice and what materials we would need for it. At the end of our conversation he asked me: “So you will start on Thursday then?” And it was Tuesday. I could not say no and looking back I do not regret it either. As why would I have wanted to start only in one or two weeks? I already had a clear idea how I imagined the project to be and I was motivated too.

I was just not used to getting something started straight away, without having it planned in detail beforehand. There were no leaflets for the children nor forms for the parents. All that was required was the children being motivated and me being spontaneous, and it all worked well. This way of “simply getting on with it” that I have just described struck me again and again. I think that before I was somebody who liked to live with security and excellent planning so that everything works exactly the way I imagine. However, in Ghana I realised that precisely these moments were meant to be little adventures that make life a little more exciting.

Taking it easy - Calmness and composure

I would still like to explain why calmness and composure also played a huge role for me. This is particularly about the well-known time pressure. Time pressure? It is hardly known in Ghana. A time or date might be arranged for having a meeting but if something gets in the way, that’s just how it is. You are also not being told off for being late either. “Too late” does not really exist. The joy that you are finally there and not mentally absent, because you are worrying about umpteen other things you should still be doing, is much bigger. Ultimately, this theory makes a lot more sense to me too, as not having to rush from one appointment to the next takes a lot of stress off my soul.

As being punctual is a widely established behaviour in Germany, I unfortunately had to give up my relaxed time-management again.

Those were some of the conspicuous features that distinguish Ghana and Germany in terms of culture and way of life. Obviously there are also differences in the dishes (e.g. rice and palm oil soup, comparatively spicy), fruits (e.g. papaya and coconut) and climate (tropical).

Accordingly, the sudden and unprepared cultural change back to Germany was not easy to come to terms with for me. During the first days and weeks back in my home country during lockdown, I was plagued by a feeling of complete emptiness. It was, as if I had got stuck between two worlds and without any idea, where I should be physically as well as mentally.

I so to speak got a culture shock, only that it was from the culture that I actually know. Germany was silent. No constant cackling of hens or bleating of goats from outside, no loud children’s voices, no sunshine, not even some people in the streets.

I was moved from a happy, lively country to a literally cold civilisation. Never before had I felt nothing. From time to time it actually frightened me. After I got in touch with my fellow volunteers and Ghanaian friends, I felt a little better. It made me realise that I was not alone with these feelings.

We supported each other and promised each other that it would not have been our last stay in Ghana. After all, we found a second home where a piece of our heart will always remain and which we will make every effort to support.

Veronika is staying optimistic and is ready to return to Ghana